All Instructed anglers receive a 5 hour shift of on-water fishing instruction each full day of their trip. Typically our instructors are assigned two groups of anglers and two boats. Their time is shared accordingly and our crew will work with you to plan the best fishing day. We’ll have you up and running and you’re free to come and go all other times. You can do it!

Fully guided anglers receive 10-12 hours of on water fishing and our guide’s undivided attention to detail. Sit back, relax and let us look after you! Care to keep fishing? That’s ok! Boats are always available for you to take out on your own. 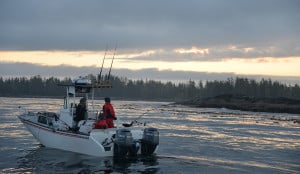 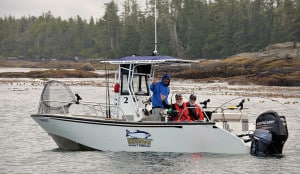 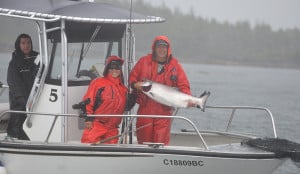 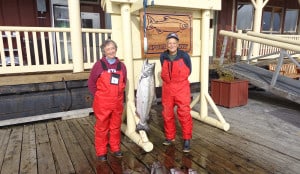 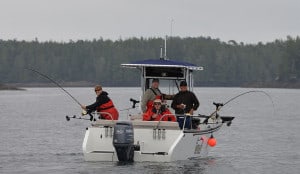 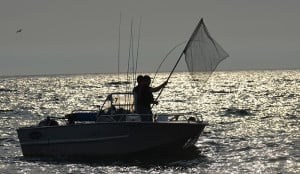 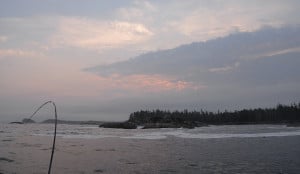 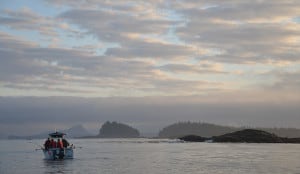 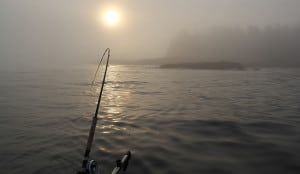 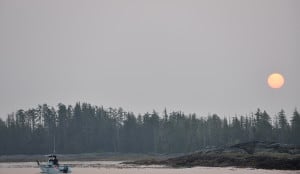 Whether you have the experience of one of our friendly and professional guides – or are starting out fresh – we’re here to help.

Let us handle the details – you focus on the fishing!

Each summer, millions of salmon migrate south, along the coast of British Columbia.

Regardless of your package, dawn till dusk fishing is available and close by. Make the most of your fishing adventure – choose the best – fish with KING PACIFIC..

The Very Best In BC Fishing

Come and experience some of the best fishing action for Chinook, King, Coho and Silver Salmon.
Our lodge is strategically located along the migration route – so anglers can expect simply superb fishing!

KING PACIFIC LODGE has invested in the finest boats possible with your safety and comfort in mind.

All guests fish from of our custom designed 20ft IRONWOOD fishing boats featuring:

Before we go out on the water, we take all KING PACIFIC LODGE guests through a complete orientation with our boats and equipment. Learn everything from boat safety to preparing a cut plug herring and netting a salmon. Even novices go onto the water prepared. Selected guides carry defibrillators and oxygen with them at all times. All guest boats have First Aid kits and we have a First Aid attendant on staff at the lodge. Our First Aid room is very well equipped and our guides have a minimum of Level 1 First Aid training.

We stay in touch on the VHF radio and encourage our instructed anglers to fish using the buddy system. We have a response boat available to help if needed for safety reasons. 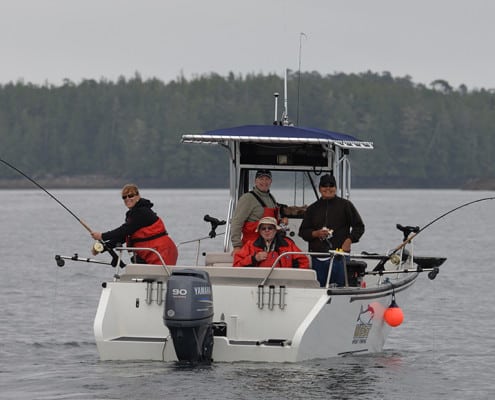 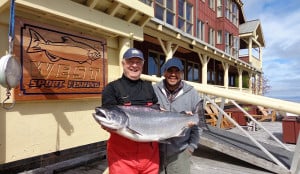 Chinook/King Salmon feed here during the annual migration to multiple natal streams and rivers along the coast of BC and as far south as California. Here you’ll regularly find ocean bright Chinook in the 20 – 30 pound class and Coho/Silvers weighing from 10-20 pounds.

Whatever your choice – we’re prepared with the right equipment and desire to satisfy your expectations.

The fisherman’s enormous advantage in the matter of bag limits is that he can limit his killing without appreciably limiting his sport.
– Roderick Haig-Brown, Fisherman’s Summer, 1951

Each season, Chinook salmon of 70 pounds and more return to the Central Coast. They are on average, the largest strain on the BC coast and in the Pacific Ocean. From the first generations of fisherman, these giants have inspired awe, strained muscle, captured imaginations and become legend.

The act of catch and release is a personal choice and does not discount fun in the game of fishing. Once caught, the weight of a fish is duly noted and if possible photos are taken before it is effectively and humanely released. Along with this satisfaction, KING PACIFIC LODGE likes to celebrate the event and makes mention of all fish caught whether retained or released each day.

Many guests choose to keep their trophy fish given the stable populations. Often, anglers who keep a fish to eat and share also become fans of catch and release at a later time, choosing to let subsequent trophy quality fish go for future consideration.

In recent years, Canada’s Dept. of Fisheries and Oceans (DFO) has gifted 85% of the Canadian halibut to a select few individuals by means of a flawed Individual Transferable Quota system (ITQ).

Under the guise of “Conservation”, sport and public access to Halibut has been restricted to smaller fish and this is not for conservation reasons. It’s for allocation reasons and to save the majority of halibut, regardless of size, for ITQ owners. Of note, most ITQ owners do not actually fish commercially. They lease their ITQ out for large profits to those who actually fish.

Halibut which are over a certain size, generally 60 pounds, must be released by the public to save poundage and the value of this gift to ITQ holders.

We are pleased with the results of barotrauma release devices. These devices may be used to revive, sink and release a non-target species of rockfish and are available in each of our boats.

More than memories are savored from your KING PACIFIC LODGE fishing trip!
Our experienced crew will do everything possible to ensure your catch is handled in the best possible way.

Several processing options are available and our crew will help advise on which method is best depending on species and personal preferences. Our crew will expertly clean, fillet and vacuum package your catch. You may also keep smaller fish whole.

If you wish, we’ll be pleased to forward your fish to St. Jeans Cannery to be smoked in the time-honored fashion or canned, for a lasting souvenir.

Your fishing license should be purchased in advance of your trip. Currently, our Department of Fisheries and Oceans is changing to a paperless licensing system. Upon welcoming you to the KING PACIFIC LODGE, we will review your fishing license and should there be adjustments or corrections made, we should be able to log into your online account. Visit your room, enjoy lunch and confirm we have provided properly sized boots, pants and jackets for your first day on the water.

Visit the Department of Fisheries and Oceans website. for your fishing license and call us if you have any issues. Please note we are located in area 7.

Planning your fishing vacation in advance with KING PACIFIC ensures you the best chance of success.

Seasoned anglers often review the tides and tide changes to plan their adventure. Fish act differently under various weather and tide conditions and the best bite occurs an hour before and after the tides highest and lowest points. These times are referred to as ‘slack’ tide.

The Central Coast produces some of the largest Chinook/King in the world. These fish can be lazy at times and between tide changes will hold close to the many kelp beds and reefs along the local shoreline. The following link will take you to the tide tables to prepare for your adventure.

Summer weather may be very pleasant and weather can be subject to change. We recommend bringing layered clothing for your comfort.